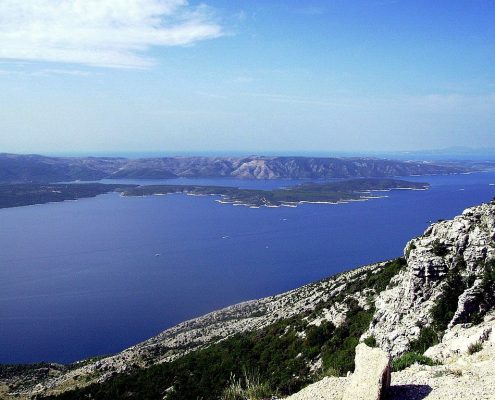 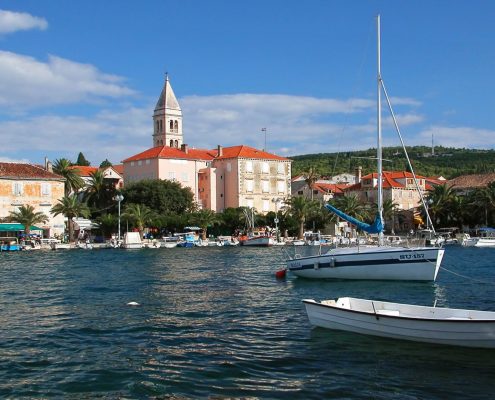 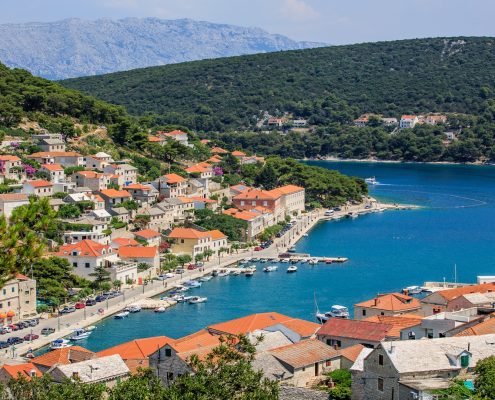 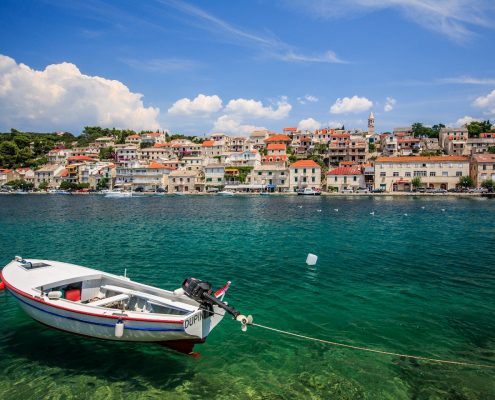 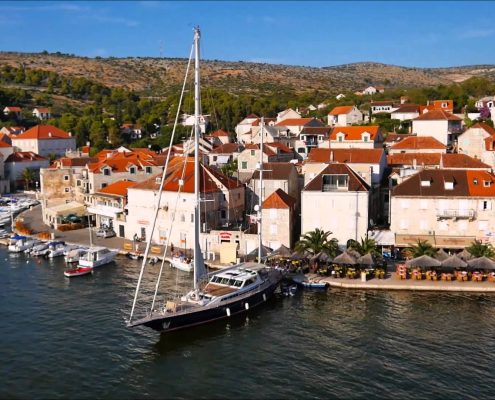 We offer a Island Of Brac excursion which includes visit of all memorable places on the island. If you are not interested in complete island tour, you can always book a taxi which will drop you to any of desired places.

PUČIŠĆA – with its 1700 inhabitants is one of the greatest places on the island. The town is located on the inner part of the deep retracted bay on the northern side of the island. Pučišća is the center of the stone masonry industry. Besides stone cutting and processing, the population is engaged in agriculture: production of olive oil and wine, livestock, cheese and lamb. You can visit Stone Mason School and watch masons while they work.

NEREŽIŠĆA – Nerežišća is located on the crossroads of the island’s main roads and on the slopes of the largest plain on Brač. For a long time this picturesque little place was an administrative and business centre of the island where the dukes of Brač kept court. A beautiful Church of Our Lady of Carmel is surrounded by symmetrical blocks of nobility mansions build in stone and richly ornamented. Small plebeian stone houses, narrow little streets and small squares add to the charm and ambience of this Dalmatian village. In Nerežišća, there is a wild black pine bonsai tree.  It is growing from the roof slabs of the medieval St. Peter’s church and even though the pine tree is over 100 years old, it only ever grew one meter in height. It’s been protected as natural heritage since 1969.

ŠKRIP – the oldest settlement on the island. Prehistoric town walls, numerous archaeological finds, several sarcophagi, reliefs and medieval graves are an evidence of the long history of the place and the lives of its people. Where there once stood Illyrian town walls from 1400 BC, later was a Roman mausoleum, then a Radojković Tower built for defensive purposes and today it is a museum of the island of Brač. The museum displays interesting exhibits from Kopačina cave, Roman tomb-stones, sea charts and diverse folk handicrafts from the entire island. This jewel of historical and cultural heritage has always been a very popular tourist destination.

VIDOVA GORA – Brač is the „tallest“ island in the Adriatic, with its highest peak Vidova Gora that stretches up to 778 meters above sea level.  On a clear day, and especially after a day of strong Bura wind, one can see Italy while standing on the top of Vidova Gora. But that’s not the only reason why you should visit for the view is breathtaking and perfect for panoramic pictures of Hvar and Pakleni islands, with Zlatni rat beach right under your feet.

MILNA – Milna or as the Venetians called it “Valle di mille navi” (the bay of a thousand ships) is located on the north-west side of the island. The welcoming bays of Milna have always been favourite port to sailors sailing through the Middle Adriatic. Milna is still reputed as the most beautiful and the safest harbour of Brač. Stone houses along the beautiful long coastline are small masterpieces of plebeian architecture. In the village there is aslo a beautiful Baroque church with a typically Dalmatian bell tower. For years, Milna was known for its shipbuilding and the renowned Dalmatian boat “bracera” was first made here.

LOŽIŠĆA – Ložišća is located on the west side of Brač, 2 km from the coast. Dominant building is the Parish Church of St. John and Paul. This is a typical Dalmatian village with its recognisable architecture and steep streets.

Duration of the excursion is 3-6 hours, depending on which tour you want to take.