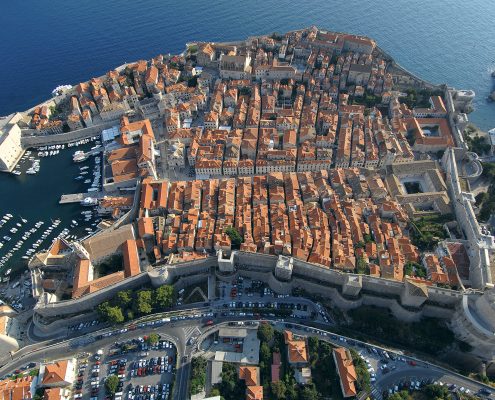 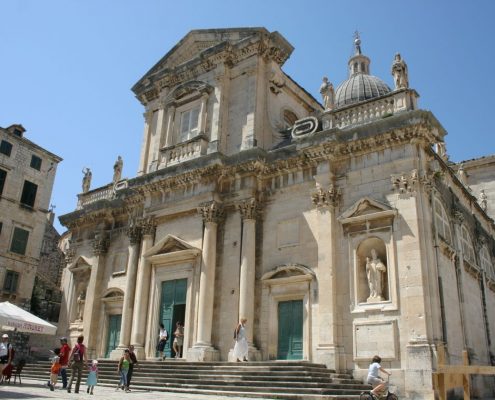 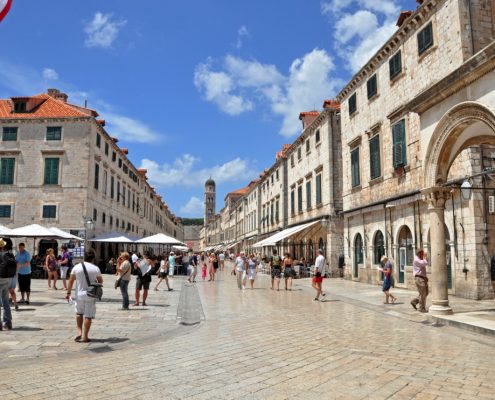 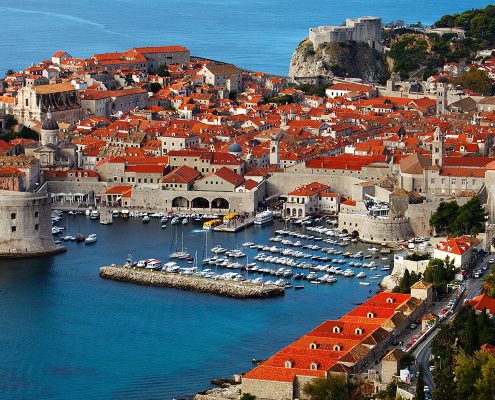 The ‘Pearl of the Adriatic’, situated on the Dalmatian coast, became an important Mediterranean sea power from the 13th century onwards. Although severely damaged by an earthquake in 1667, Dubrovnik managed to preserve its beautiful Gothic, Renaissance and Baroque churches, monasteries, palaces and fountains. Damaged again in the 1990s by armed conflict, it is now the focus of a major restoration programme co-ordinated by UNESCO.

The city of Dubrovnik (Latin: Ragusa) was built on maritime trade. In the Middle Ages it became the only city-state in the Adriatic to rival Venice. Supported by its wealth and skilled diplomacy, the city achieved a remarkable level of development during the 15th and 16th centuries. Furthermore, Dubrovnik was one of the centres of the development of the Croatian language and literature, home to many notable poets, playwrights, painters, mathematicians, physicists and other scholars.

Today Dubrovnik is the proudest feather in Croatia’s tourist cap, an elite destination and one of the most beautiful towns in the Mediterranean. Dubrovnik used to be an independent republic, surviving mostly on trade. It managed to survive many centuries, with constant threats to its territory, particularly from the mighty Ottoman Empire and Venice. As early as 19th century, it was discovered by celebrities as a place to be seen. George Bernard Shaw once said that “those who seek paradise on Earth should come to Dubrovnik and find it”. Royalty, presidents and diplomats have all favored the city. The late Pope John Paul II was a fan of Dubrovnik and was even made an honorary citizen. Out of the 23 top luxury hotels in Croatia in 2010, a dozen were located in Dubrovnik.

Regardless of whether you are visiting Dubrovnik for the first time or the hundredth, the sense of awe never fails to descend when you set eyes on the beauty of the old town. You might recognize its’ marble streets as King’s Landing in popular show Game of Thrones.

Duration of the trip from Split is 3 hours.