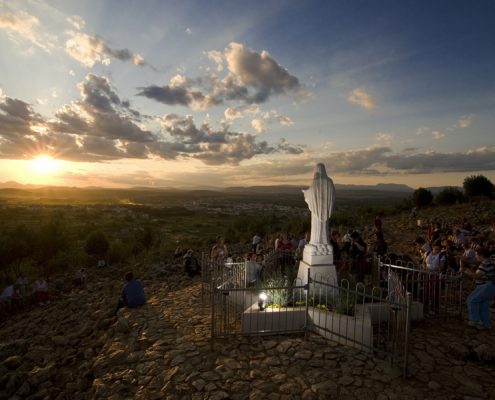 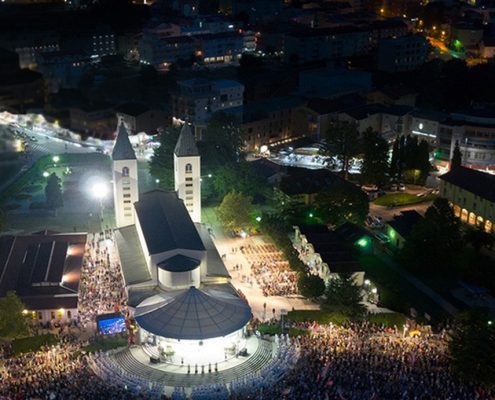 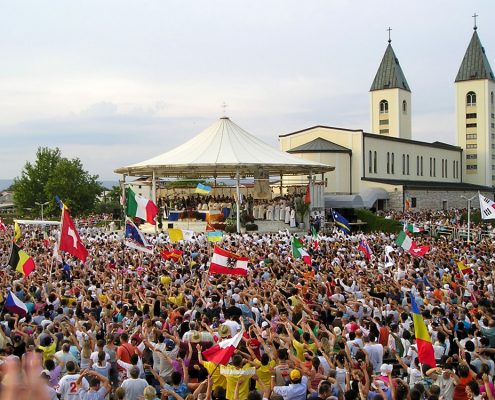 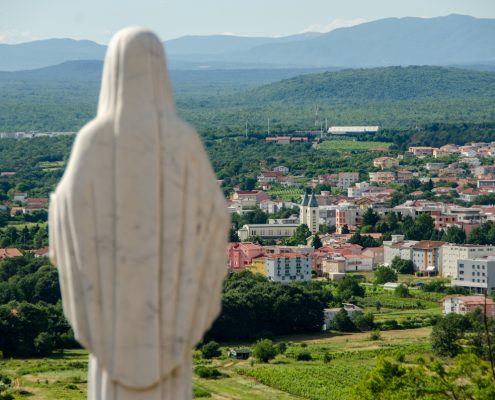 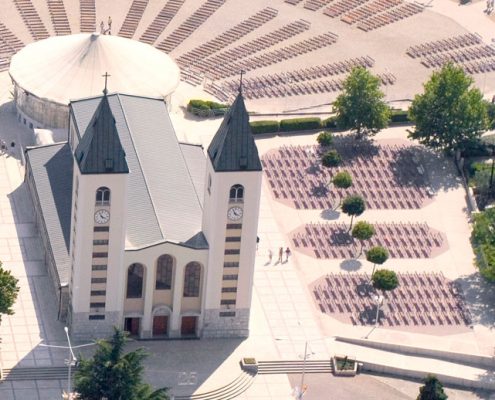 Medjugorje is a town located in the Herzegovina region of Bosnia and Herzegovina, around 25 km southwest of Mostar and close to the border of Croatia. Since 1981, it has become a popular site of Catholic pilgrimage due to reports of alleged apparitions of the Virgin Mary to six local children, with over one million guests each year.

They come in Medjugorje from all around the world to find their inner peace, the consolation and the strength to cope with their daily problems trough praying and fasting. The most significant places of praying in Medjugorje are Krizevac hill, the appearance hill (Podbrdo) and the church of St.Jacob apostle-the guardian of the pilgrims.

It has been estimated that 30 million pilgrims have come to Medjugorje since the reputed apparitions began in 1981. Many have reported visual phenomena including the sun spinning in the sky or changing color and figures such as hearts and crosses around the sun.

“Our Lady of Medjugorje” is the title given to the apparition by those who believe that Mary, mother of Jesus, has been appearing from 24 June 1981 until today to six children, now adults, in Medjugorje. “Most Blessed Virgin Mary”, “Queen of Peace” and “Mother of God” are words the apparition has allegedly introduced herself with.

The visionary Marija Lunetti (Pavlović) claims to receive messages from the Virgin Mary on the twenty-fifth of every month, while Mirjana Soldo (Dragičević) reports receiving messages on the second of the month.

Duration of the trip from Split is 1,5 hours.