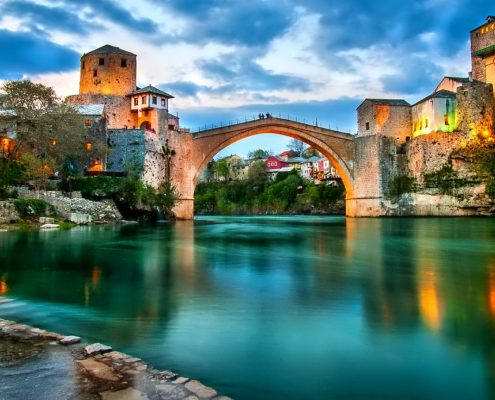 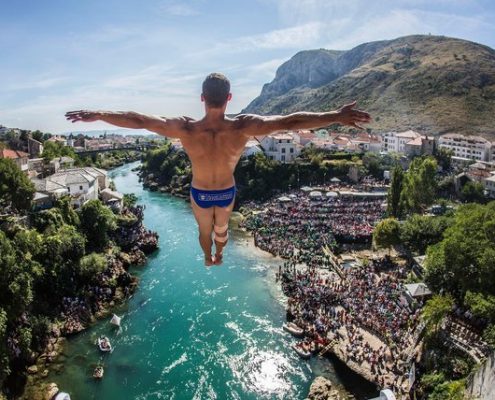 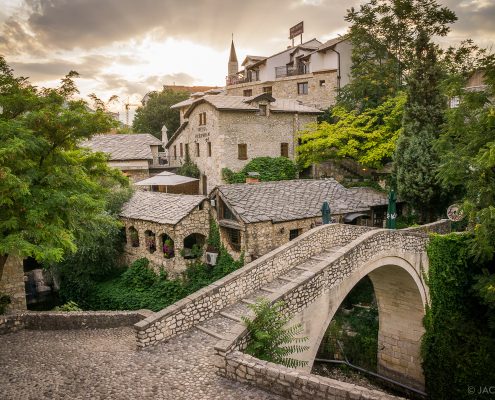 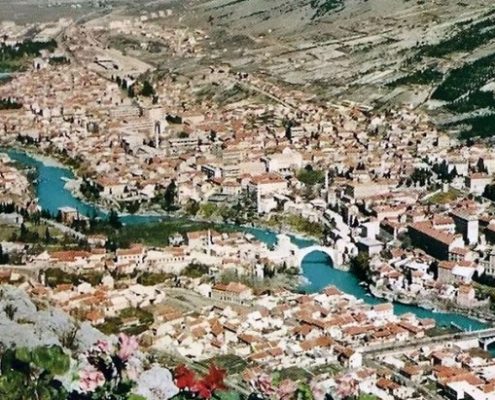 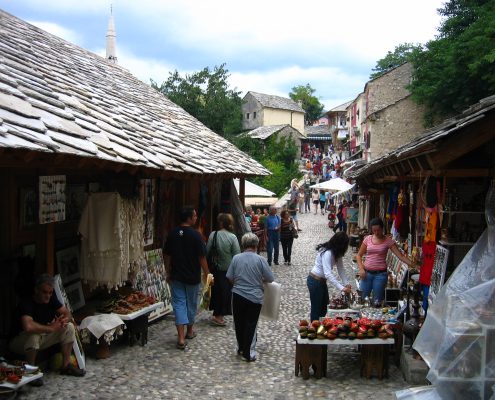 The historic town of Mostar, spanning a deep valley of the Neretva River, with its pre-Ottoman, eastern Ottoman, Mediterranean and western European architectural features, is an outstanding example of a multicultural urban settlement. Mostar has long been known for its old Turkish houses and Old Bridge, Stari Most, after which it is named. In the 1990s conflict, however, most of the historic town and the Old Bridge, designed by the renowned architect Sinan, was destroyed. The Old Bridge was recently rebuilt and many of the edifices in the Old Town have been restored or rebuilt with the contribution of an international scientific committee established by UNESCO.

Mostar has architecturally noteworthy buildings in a wide range of styles. Historicist architectural styles reflected cosmopolitan interest and exposure to foreign aesthetic trends and were artfully merged with indigenous styles. Examples include the Italianate Franciscan church, the Ottoman Muslibegovića house, the Dalmatian Corovic House and an Orthodox church which was built as gift from the Sultan.

The Ottomans used monumental architecture to affirm, extend and consolidate their colonial holdings. Administrators and bureaucrats – many of them indigenous people who converted from Christianity to Islam – founded mosque complexes that generally included Koranic schools, soup kitchens or markets.

The majority of administrative buildings are from the Austro-Hungarian period and have neoclassical and Secessionist characteristics. A number of surviving late Ottoman houses demonstrate the component features of this form of domestic architecture – upper storey for residential use, hall, paved courtyard, and verandah on one or two storeys. The later 19th-century residential houses are predominantly in neoclassical style.

Duration of the excursion from Split is ? hours.